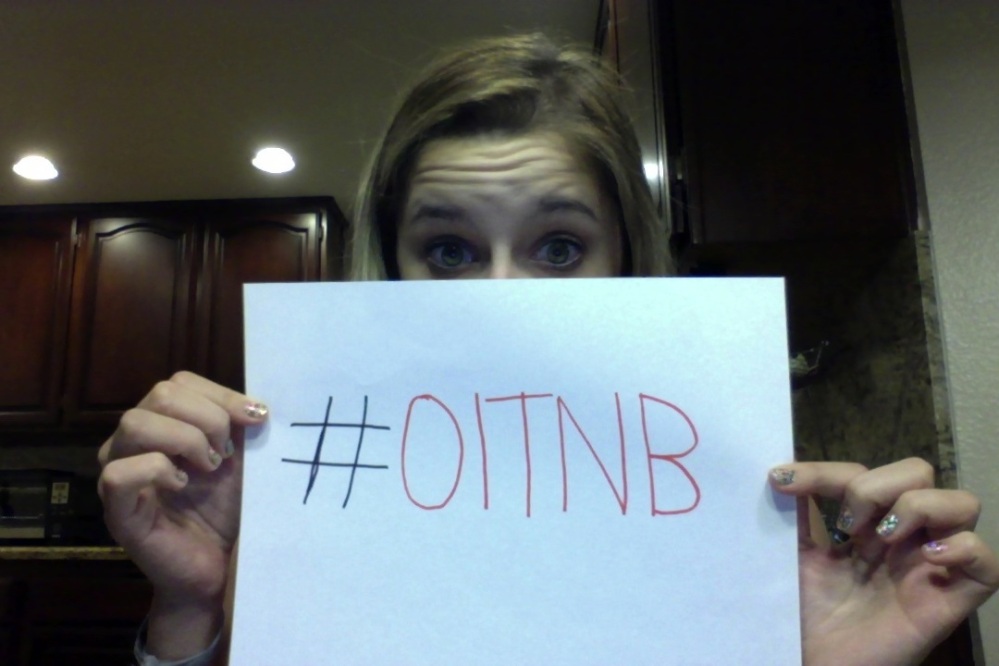 I heard about Orange is the New Black through the grapevine and was immediately intrigued. Mother Simpson and I binge-watched the entire season over two weekends. This doesn’t sound like a lot, but there are 13 one hour episodes. Half-way through the first episode I was hooked. I had to know what happened to Piper Chapman and I desperately wanted to know who else was in prison and how they ended up there.

Naturally, Piper Chapman, the protagonist is in prison for an old crime and was not transported to prison by force. She does not have a history of violence and she looks like a typical “rich white girl”. I believe the producers wanted her to be the polar opposite to the type of people typically in prison. It is important to note that these inmates were not in a maximum-security prison. They were not convicted of murder and were not considered to be a danger to themselves or others, for the most part.

The season is full of flashbacks which give the audience some insight into their beloved characters. Some characters are lovable in a love to hate kind of way (i.e Pennsatucky and the prison guard with the porn-star mustache). Other characters, such as Poussey and Tasytey, are just plain lovable and the producers have done an excellent job at leaving you in the dark as to what crimes they have committed.

The show does an excellent job at playing with all of your emotions. There is romance, death, drugs, abuse, forbidden relationships, mean-girl cliques and moments of sheer joy. The atmosphere presented in the Netflix series shows that of a prison segregated by race or by sexual preference. These groups break down into different cliques, where you are often advised to stick to your own kind. Don’t follow the rules? You might be starved-out, you might not get your laundry washed or you might be violently confronted in the shower. It’s best to stay inside the lines, wear shower shoes, and don’t question anyone- the guards or the prisoners.

Following the grand finale, I was curious, intrigued even and I needed to know who the real Piper Chapman was. I needed to read Orange Is The New Black.

The author’s name is Piper Kerman. She did serve a year in prison for a 10-year-old drug-trafficking offense. Her time in prison, however, is incredibly misrepresented by the wonderful Netflix production.

The novel is written like a memoir, full of political undertones and weak suggestions. I understand that Kerman spent a year in prison and that our prison system needs to be adjusted. There are countless articles, studies and reports on the state of our prisons, the psychological effects on human beings who are held in solitary confinement and the list goes on. It is an issue that approximately 60% of inmates are re-incarcerated within 3 years following their release (FOX 43). It is common knowledge that the US prisons are past capacity. In California alone, Governor Jerry Brown recently requested more money from the federal government to help fund the influx of prisoners.

I am not an expert on prison life. I don’t have family in the system. I have never been inside a prison or a jail. I understand that I am relatively uninformed on the subject and the lifestyle during and after a prison sentence. While Kerman did serve time in prison and she does understand the inner workings, she is also not an expert. She served time for a 10 year old crime. She is also not part of the 60% of inmates that return to prison. I believe this is largely due to the fact that she was raised in an affluent area, she had a huge support system and she had a job and a life waiting for her on the outside. This type of support is not often found among other inmates.

The real issue I had with her book, was that she spent more time discussing the injustices of prison life and less time on her actual experience. Perhaps this is my fault, I read the book incorrectly assuming that we would hear what really happened to Piper Kerman and more about her characteristic inmates.

Ultimately, I feel that the book fell flat. There wasn’t much substance to her story past the political statements she made regarding prison life and the justice system. I do respect her decision to make such statements throughout the novel, although I don’t agree with the frequency of these comments. It would have been better organized and far more entertaining if she kept those types of statements to one particular chapter or section of the book, instead of peppering them throughout. At a certain point I didn’t want to keep reading, Kerman’s position had been made extremely clear and it was evident that the story wasn’t reaching any type of climax. But I kept reading. I had to know what happened when Piper ran into her ex-girlfriend (and I HATE not finishing books). Netflix had one side of the story, but was this at all similar to her encounter on the silver screen? Unfortunately, it was not. The encounters between the so called “star crossed lovers” in prison were anticlimactic.

While Kerman stood out from a majority of the other prisoners, she was not alone. A “welcome wagon” helped her get used to her surroundings. She had a huge support system on the outside; her fiancé had gone so far as to create a website dedicated to updating the public on Kerman’s stay in prison. She was not attacked and was never sent to the “SHU”. She did not have a lesbian affair with her old girlfriend and her fiancé did not leave her. What’s interesting is that she is a writer for the show, given credit for all 13 episodes. It is evident that she took the stories of her fellow inmates and embellished them for entertainment – I am very glad that she did, otherwise Orange is the New Black would not be the great success that it is.

Final Verdict: Netflix wins. Be ready, season 2 is expected in 2014.

As for the book, read this with low expectations; it is worth reading to understand Kerman, she is responsible for the show after all.

Did you read or watch OITNB? Let me know your thoughts in the comments.

SNEEK PEAK AT MY LIFE